This course helps people that are down, or feeling low, to lift themselves up again.

Raising your vibrational frequency (helping yourself to feel better) shows up in concrete ways in your life. Many of the techniques used to raise vibration, such as gratitude, yoga, and meditation - even spending time with a beloved pet - are clinically proven to improve your life in various ways.

(About the creativity course) "Like a taser to get your creative butt moving! Talk about lighting the fire...This course is inspiring and informative. It also pushes you to make the changes you need to let loose your creative juices. This was the wake up call I needed to really confront my obsessive compulsive disorder and how much of my life it consumes, including my time and space for creativity. Bring it! Notebooks are in hand! It's on! ~Krista, student

"When I walked into the Belly Lab (Amy's dance studio) I was like a creatively-crippled bird...and from the moment class begun, Amy guided and inspired me through each step, there is truly so much more that really occurs....I was supported to open my wings! And now I feel as if I am flying again..." Julie Ann Stage/Lehrke 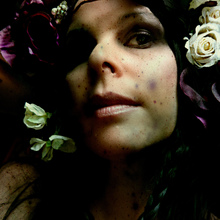 Amy's teaching style is characterized by her main motivating passion - helping others to honor themselves, their creativity, and their art and work. She classifies herself as a catalyst. This is because her motivation is to inspire others to succeed, and invest in their success.During a long period of her life, after an early marriage and having 3 beautiful children, Amy tucked away not only her artistic side and her own imagination, but even her own personality - believing that was her duty as a loving mother. After 12 years of watching herself slowly disappear, one day she watched as the twin towers fell on live television - and she realized that life is short. Life is not guaranteed. And that if she died today, she would never have lived at all as an individual - she'd only allowed the 'mom' persona to thrive. It took a while to dig herself from that pit, and a ton of exploration, learning, and pain. Now, she tries to help people to get past the barriers that keep them from fully realizing their own creative potential and feeling proud of themselves.Costuming: Amy has long been known worldwide as top designer of belly dance costuming through her online shop, Bold Oracle, with over 3000 sales online alone. Her work spans ATS and tribal fusion style hair ornaments to jewelry and bedlahs (bras and belts), and she is constantly inspired by such diverse elements as fantasy art, sci-fi, ancient civilizations, Galliano, French postcards, the principals of design, exotic cultures, and the rich diversity of nature in the Taylors Falls, Minnesota area. Her work has been used in movies and in stage performances on some of the most renowned tribal fusion dancers in the world.Dance: Amy also currently performs solo, teaches belly dance classes weekly with her fabulous students in Taylors Falls, MN at The Belly Lab, and coordinates events held at her shop and studio, The Eye Atelier. She holds a firm belief in moving energetically through dance basics and beyond, cultivating advancement and continuing education in her students using a broad spectrum of topics. She places emphasis on design and dramatic theory, teaching her students to choreograph, costume, develop their own exercise and practice routines, and market themselves instead of keeping them dependent on her work. She does not showcase her own talent through them, but instead, true to her life philosophy, encourages them to nurture their own intrinsic talent to bloom through hard work and deep thought and action.
Enroll Free